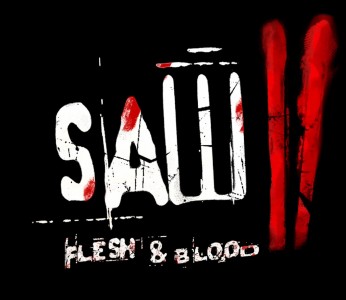 Konami Digital Entertainment has recently announced that the release of the second video game based on the horror series from Twisted Pictures, will release slightly before the seventh film in its inspired franchise. Saw II: Flesh and Blood will launch on October 19th, ten days prior to Saw 3D‘s (previously Saw VII) October 29th release. Taking place again between the first and second films, players will be put in the role of Detective Tapp’s son, Michael, who must force his way through new traps and puzzles in order to investigate his father’s death. The game will launch on the Playstation 3 and Xbox 360.

“Just the silhouette of the character in the trap had to make the viewer uncomfortable. You had to know instantly that something bad was going to happen to this person if you didn’t get them out.” said John Williamson, Producer at Zombie Games, the makers of both Saw titles, referring to one of the game’s concept art pieces.