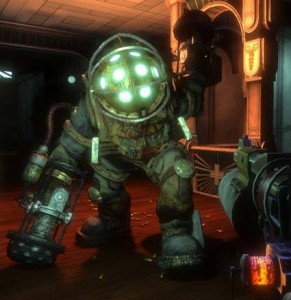 If you head over to www.bioshock.com, you won’t be finding Little Sisters or Rapture. Instead, Name Administration Inc. (a Cayman Island Company), the owners of the domain have made it into a link hub to topics regarding Earth Science and Eco Tourism. This hasn’t sat well with the folks at Take-Two Interactive (who put Bioshock‘s information up on www.bioshockgame.com), publishers of the game series bearing the domain’s name. The company has accused the current domain holders of “cyber-squatting” on the digital property, a case which an arbitration panel at the World Intellectual Property Organization recently dismissed.

The W.I.P.O. stated that Take-Two filed for an “intent to use” trademark for the game franchise on November 15th, 2005, almost a year after Name Administration acquired the domain. The panel also stated that Take-Two’s claims of pre-release reports from within the gamer industry on Bioshock were “…insufficient on their own to establish a common law trademark right prior to the date of the Domain Name registration.” Name Administration’s previous holding of the website www.taketwointeractive.com and its subsequent (free) release of the domain to Take-Two was deemed “an act of good faith” by the W.I.P.O.