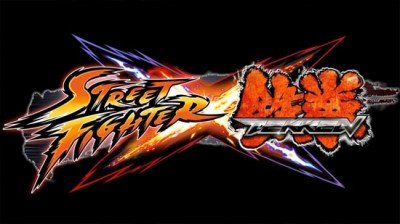 The logo will probably look like this, only reversed.

Easily the biggest gaming surprise out of last month’s Comic-Con, Street Fighter x Tekken was one half of the cross-company promise to bring the two largest fighting games together for an all brawl. The other side of the coin, Tekken x Street Fighter, was left to mystery at the convention. But in just a few weeks, the game will be making its premiere via live match at Germany’s Gamescom.

The open-to-the-public fight will take place at 2pm on Thursday, August 19th in Konrad-Adenauer-Saal of the Kölnmesse, and pit respective series developers Katsuhiro Harada (Tekken) and Yoshinoro Ono (Street Fighter IV) against one another. Free game-centric goodies will be available at the event, as well as a special tournament between fans and game community members for special prizes.

“Our gathering of Street Fighter fans at the special occasion of ComiCon in San Diego was marred when Harada pathetically attempted to bribe everyone present with free copies of his games.” said Yoshinori Ono, Street Fighter Series Producer, Capcom. “Capcom, however, is an honorable company. We don’t just crash other companies’ events. So I’ve properly notified in advance that I will participate in the TEKKEN fan event planned for GamesCom. Since it is by invitation of the TEKKEN team, I expect Harada to have various underhanded surprises planned. Knowing this, I still plan to participate in the event while overcoming any obstacles he may have planned so that I can show them what a real fighting game is all about. I’ll also take with me the shaving oil I received from Hakan and the shaving razor from Vega so that I can erase that overgrown beard of Harada’s, exposing that baby face to go with his childish actions. It should turn out to be a great party!”

“After releasing Street Fighter III: Third Strike in 1999, Ono disappeared from the fighting game scene. Even though there were many requests for a sequel from fighting game fans, and even veteran fighting game developers like myself, Ono, Ryu, Chun Li, and crew failed to show their faces for 10 years”. said Katsuhiro Harada, TEKKEN Series Director at Namco Bandai Games Inc.“When they do finally show after a blank of 10 years, they don’t even bother to say a few words to the Mishima Zaibatsu, who helped maintain the fighting game scene for the 10 years they were gone. Not only that, they flee Japan to have their little gathering of fanboys at ComiCon in San Diego. So I made a sudden appearance at their little event, handed out a few free games to gain favor, and delivered a challenge to Ono. Unfortunately, we weren’t able to settle things at ComiCon but I’ll face him again this time in Europe – at Cologne! Blows are exchanged in place of civilities – that’s how it’s done at the Mishima Zaibatsu. ”