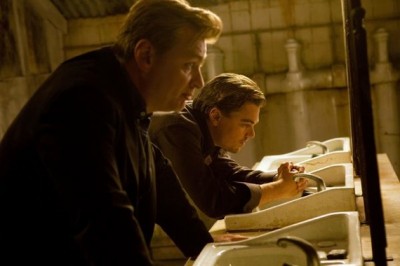 “Inception”, the biggest summer blockbuster of 2010 (grossing over $700 million worldwide) has placed one universal idea into the minds of its audiences: this would make a great video game. Christopher Nolan, the film’s director, doesn’t think the notion is that far from probability, and hasn’t stopped looking into the possibility of developing one. Variety reported the director speaking on the subject at the film’s Roman premiere earlier this month. Its easy to overlook the fact that “Inception” isn’t a stranger to the world of video games, as the maze game Mind Crime was a form of viral marketing for the feature in early 2009.

“We are looking at … developing a video game based on the world of the film, which has all kinds of ideas that you can’t fit into a feature film,” Nolan stated, “That’s something we’ve been talking about and are looking at doing long term, in a couple of years.”

One thought on “Chris Nolan Looking into Inception Game”