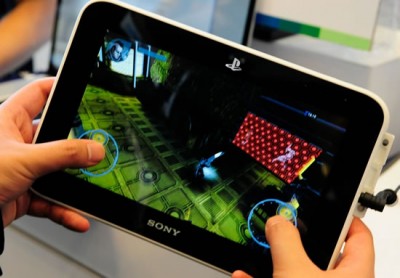 After about a million years of speculation, mock ups, and lists dedicated to what the PSP 2 needs to succeed, we may finally have some real life evidence of a PSP2….or not. Speculation suggests that Sony may be dropping the PSP name all together in favor of a new device called the “PlayView.” The device is rumored to also be an E-Reader, video player, gaming console, as well as running Google Android Software Froyo 2.2 – Honeycomb. No word yet on if this also functions as a phone, but assuming it is running Android software, one can only assume. In addition there are some rumors that a launch title for the advice may be God of War: Atlantis Burden, but this seems to be mere speculation at this point. Only time will tell, and with TGS just around the corner we can only wait and see.

E-G’s what do you think?