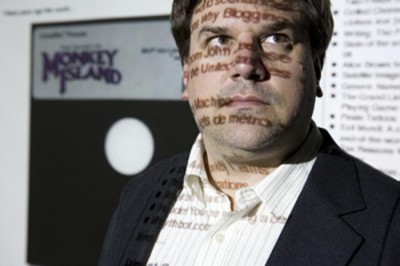 The last time Ron Gilbert and Tim Schafer shared significant credits on the same title, it was 1991’s Monkey Island 2: LeChuck’s Revenge. Almost twenty years later, the industry vets have teamed up again for a brand new title. Breaking the news to Kotaku, Ron Gilbert was brought onto Schafer’s Double Fine staff for a yet unrevealed game.

“For the last couple of months Tim has been loaning me his desk here, as he has in the past,” Gilbert reminisced. “We have just been talking about different ideas I’ve had for games, kinda going back and forth like we do, and then Tim suggested, ‘Hey why don’t you come here and build this thing.’…It kind of sounded like a good idea.”

On the collaborative game in question, Gilbert said it was “an idea that I’ve been batting around for many, many years…I’ve been talking to Tim over the last couple of months about it and it sort of percolated back up. It’s very different than DeathSpank, it’s a bit of a departure from that. It’s going in a very interesting direction.”

Other than that, the only information provided by the pair has been the assurance that “old school adventure gamers will like it.”

What could this mystery project be, E-Gs? Give us your thoughts in the comments section!