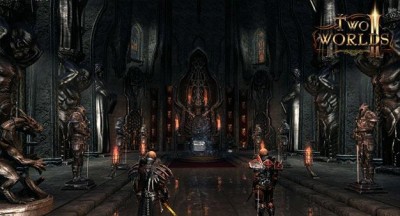 Southpeak Interactive’s Two Worlds II has been moved from its intended release next month until January of next year, making it the latest in a long line of fall releases bailing out of 2010. The official reason for the delay at the time of announcement was additional “heavy quality assurance” time, but since the initial push back, the managing director of the game’s co-developer, Topware Interactive, has come forth with a slightly different reason.

James Seaman recently told Gamespot that Southpeak’s original statement on the delay was “factually incorrect,” as the game is 100% complete and essentially ready for market. “Truth be told, fans only have so much time to spend playing these content-rich games, and there were concerns our title could potentially be lost in the fanfare…Our publishing partner SouthPeak, to their credit, has acknowledged this fact and made an adjustment, postponing their launch of Two Worlds II into early 2011.”