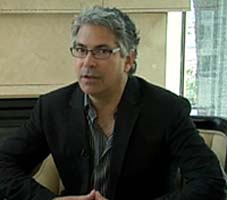 Joseph Olin, President of the Academy of Interactive Arts and Sciences for six years (and friend of the site), announced his resignation from the organization. Having assumed the presidency in 2004, he oversaw the organization during its largest membership and publicity expansion. Olin has stated the reason for his departure was “to pursue new opportunities,” but will remain working with with organization heads through the calendar year to insure the quality of the 10th annual D.I.C.E. Summit and the 14th Interactive Achievement Awards.

“It has been an honor and absolute pleasure to serve the Academy’s Board and members,” said Olin.  “The dynamic nature within the interactive entertainment industry is always best served with new ideas – now is an appropriate time to transition from the Academy in a way that will ensure its continued growth through Martin’s leadership and energy.  I look forward to working with Martin and the Board as their representative in the months ahead.”