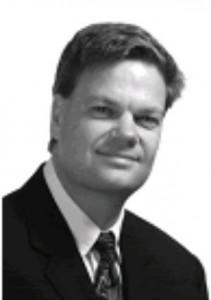 Jack Sorenson has been in the industry for quite a while, being both the former Executive Vice President of Worldwide Studios at THQ and the President of Lucasarts. Coming as an attachment to a publishing partnership announcement between Konami and Autumn Games (Def Jam Rapstar), Sorenson has founded Famous Games. Both the title currently in development at the studio and all of its future products will be published by Autumn Games.

“Interactive gaming is at an exciting crossroads,” said Sorensen in a statement. “Despite some of the mournful press out there about our industry’s future, we are excited about the platform transitions and disruptions in traditional distribution happening in gaming. Autumn shares our vision for the type of experiences that will succeed in this new climate, and our partnership is an integral aspect of my new venture.”

“Jack is one of the truly visionary talents in the executive ranks of the games business,” said Autumn Games’ president, Jason Donnell. “Interactive entertainment is evolving quickly. Jack’s vision for the future of entertainment, combined with his exceptional track record in game development, makes him and his team an ideal partner for Autumn.”