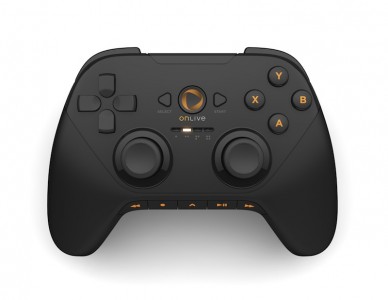 The leader in the cloud-based charge in the industry, OnLive, has announced that the micro-console box will launch this December 2nd, with pre-orders already open to the public. The box will retail for $100, and allow console-based gamers to stream OnLive’s HD server content directly to their home HDTVs. The system includes the physical box and wireless controller, and a free game voucher (up to $49.99 in value) until December 31st.

“The OnLive Game System marks the start of a new era for video games and home entertainment,” said Steve Perlman, founder and CEO of OnLive. “Not only is the OnLive Game System the fastest, simplest way to play, watch and test-drive top-tier games instantly on the living room big screen, it also opens the door to a new world of options for gaming and entertainment—from media-rich social networking and massive spectating to game portability across TV, PC, Mac and mobile devices.”

“Because MicroConsole performance and features are defined by OnLive’s continually upgraded cloud-based servers, the OnLive Game System experience steadily improves with time,” added Joe Bentley, OnLive VP of Engineering. “We designed it to deliver state-of-the-art gaming in every way—to not only deliver a great user experience for the games of today, but also for the games of tomorrow.”

“Just as OnLive is bringing innovation to the gameplay experience, we are bringing innovative pricing models to the marketplace that offer extraordinary access to great games to fit any budget,” said John Spinale, OnLive VP of Games and Media. “OnLive is about instant play anywhere at a great value. With OnLive, you Just Play.”