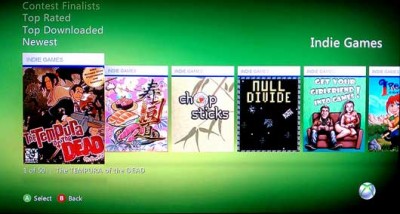 While Microsoft’s Fall update for the 360 dashboard was generally well received, the chief complaint lobbied at the company was that  the Indie games section of the Marketplace virtually disappeared. The channel, originally featured as its own entity, was moved to the “Specialty Shop” of the Game Marketplace with the recent update, reducing the equal visibility to the Arcade and Demo spaces that made many Indie developers eager to create for the platform.

Microsoft has since taken the complaints into account, and has restored the Indie channel back to its own entity on the dashboard. The update became live yesterday morning, and was quickly praised by the community.