Some in the gaming community may have heard of a Wolfenstein 3D mod that was stirring up some controversy. Elder-Geek reported on it, as did many others. The game was Sonderkommando Revolt, developed by Team Raycast, and it put the player in the role of a Sonderkommando in a Auschwitz during World War II.

For those who don’t know, Sonderkommandos were death camp inmates who disposed of the millions of corpses during the Holocaust, and there were three revolts that took place between 1943 and 1944. The game stars Zalmen Gradowski (identified as Josef Goldenberg in the story synopsis), who, upon escaping execution, goes on a rampage to exact revenge on as many Nazis he can, saving as many Jews he can in the process. 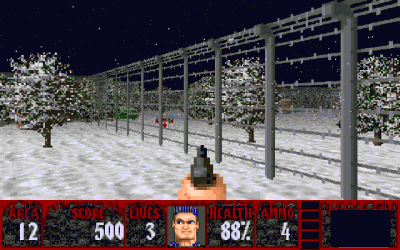 The game was slated for release next month, but pressure from the Anti-Defamation League and many others have resulted in its cancellation. An ADL spokesperson told Kotaku “The Holocaust should be off-limits for video games.” I respectfully disagree. The gaming community cannot abide this cancellation–not only is it completely unjustified, but it only further discourages developers from tackling controversial subjects, ensuring that gaming will always remain a second class medium.

“Its execution and imagery are horrific and inappropriate” said the ADL spokesperson. If someone at the ADL knows of a way to portray the Holocaust that isn’t horrific, I’d certainly be curious to hear that. There is no good way to portray such unimaginable atrocities, and doing so would be irresponsible. As for calling Sonderkommando Revolt “inappropriate,” that is an accusation directed towards the medium of video games rather than the content of the title itself.

The mere fact that it is a video game depicting the Holocaust is enough to be inappropriate in the eyes of some, and therein lies the problem. There’s no way of convincing the uninitiated that video games have unique abilities to relay information, stories, and emotions. Rather than doing that, I’d like to approach it from another angle.

Watch this teaser for the game. (The YouTube version has since been set to private.)  Chances are, you’ll feel the greatest moment of revulsion at the 33 second mark, when the player witnesses a wall of mutilated corpses, crudely rendered in the Wolf3D engine, but shockingly powerful nonetheless. That feeling you have in the pit of your chest–the collective guilt of all humanity–is it so wrong that a video game evoked such a feeling? 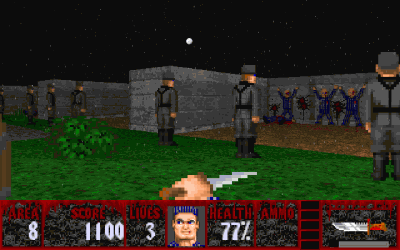 Granted, video games have been, since their inception, all about fun and entertainment. But there’s a point in any medium’s rise to wide social acceptance where statements must be made. Films had to stop being brief windows of reality or fantastic voyages to the moon, and so must video games graduate to a new level of art.

You may have seen historical footage of the Holocaust, or films based on it. You may have read about it. But there’s always a degree of distance when consuming other mediums. I don’t deny the power of film or books to completely envelop the viewer or reader, but a video game has the potential for previously unthinkable levels of immersion. Immersion that could leave to a greater level of understanding and empathy.

Some might say the crude graphics trivialize the horrors that occurred at concentration and extermination camps during the war, but one could argue that the simple graphics, just barely enough to be called representative, are in many ways more effective than current generation graphics. Then there’s the obvious point that creating this game in anything other than the Wolf3D engine would have required a lot more time and money, neither of which need be wasted while video games are still “just video games.”

I am just one writer for an independent gaming site, and while I believe that my fellow staffers will stand by me, there needs to be a veritable movement if this game is to be published and video games are to be afforded the rights they deserve as a medium. Sonderkommando Revolt is in a unique position, free from constraints of a publisher with a reputation to preserve or a massive budget to recoup. This game must be released.

And thus I call for support. I call for support from network and independent gaming journalists. From bloggers, vloggers, and webcomic creators to developers, publishers, and, most importantly, everyone who considers himself a gamer. Anyone who wishes to see our medium progress. I may be naive, but I believe that, with enough support, Team Raycast will release the title that they’ve spent four years making. I believe that they will do so confident that the rest of the gaming community will be there behind them, ready to weather the storm. 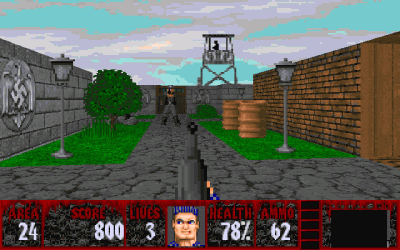 However, having never played the game, I cannot talk about how tastefully it approaches the subject matter.  The trailer leads one to believe that it’s done with as much realism as the Wolf3D engine will allow, which, presumably, means that the protagonist will invariably die just as those who revolted at Auschwitz did.  For all I know, the game might very well be offensive and inappropriate in its treatment of the events.  But the fact that it was all but canceled so close to its release simply because it’s a videogame about the Holocaust is something that should not be tolerated.

My main point is that the cancellation of a primitive mod of a decades old game sets a dangerous precedent.  The cancellation of titles like Luc Bernard’s Holocaust game Imagination is the Only Escape and the hotly debated Six Days in Fallujah has already proven that larger publishers will not take the necessary risks.  If this hesitation extends beyond the independent gaming industry and even into the modding community, then we’re sunk.  I believe that there is room for a powerful but tasteful Holocaust video game, but with each controversial title that is shot down, we move further and further from that game and, most importantly, the freedom for video game developers to create what they want.

For all I know, the game could be tasteless beyond relief and unnecessarily grotesque, but the fact that it may never be played and we’ll all be guessing as to how it handled the sensitive subject matter because of the over-exposure caused by a trailer just doesn’t sit right with me.  The trailer was clearly made to elicit some response.

There’s tasteless film.  Tasteless literature.  Tasteless music.  Video games should have the right to make the same mistakes, and should something be created and released that is beyond reprehensible, then we shall rise above it.  Just as filmmakers divorce themselves  from the tasteless films made every year, so will legitimate video game developers.  They will also be encouraged to do better, and, in the long run, our medium will flourish and evolve.

3 thoughts on “A Call For Support”