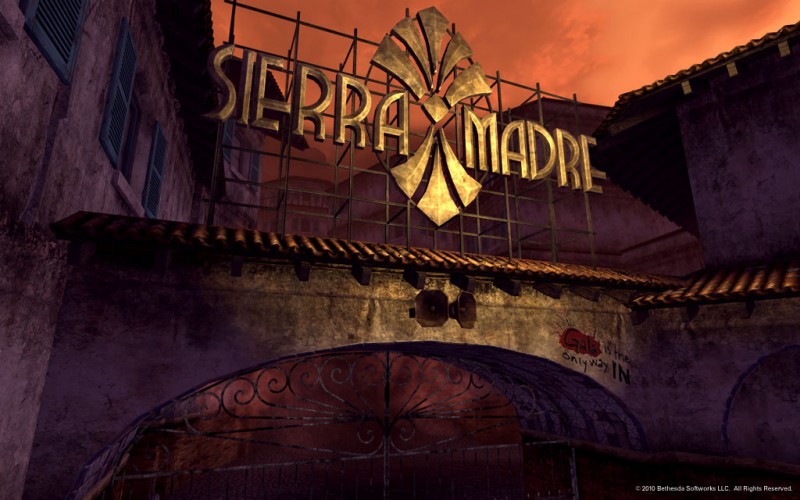 Just when you thought you were done exploring the wastes of the Mojave Desert, here comes Dead Money, the first piece of downloadable content for Fallout New Vegas. To nobody’s surprise, Dead Money came out exclusively for the XBOX 360, but hopefully it will fall into the trend of the Fallout 3 DLC and be released on the other platforms at some point. Dead Money has some good and bad points, but in the end it’s still Fallout and it’s still fun… most of the time. 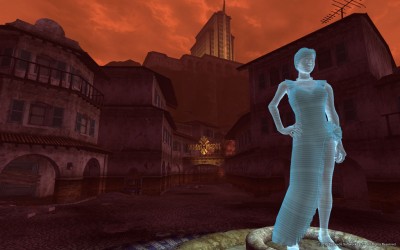 The resort and casino behind it

Like the downloadable expansions for Fallout 3, Dead Money starts off with the courier getting a new radio signal telling him or her to go somewhere. Before you know it you are in the middle of what was intended to be a huge resort and casino. It is called the Sierra Madre, and due to some unfortunate events such as the global nuclear attack and the wasteland hell that followed, the prime vacation spot never opened. The only thing left of it is a story of a great treasure that is said to be holed up in the casino.

This is where you come in! On your way to investigate the radio signal a former elder of the Brotherhood of Steel who is also looking for the treasure captures you. He must have been busy because he also captures three others to do his dirty work and they end up being your companions as you work together to unlock the treasure of the Sierra Madre. There is also a side story about the former owner of the Sierra Madre, and it is all pretty interesting.

Since Dead Money is an expansion to New Vegas, don’t expect an overhaul in the graphics and sound department. The Sierra Madre resort area is a labyrinthine tunnel system that leads you through narrow streets and half-destroyed buildings to get you to your goal. There is a lot to explore, but it can get confusing at times. The casino itself is a pretty big place complete with its own set of executive suites and kitchen area to explore. The rest is standard Fallout fare. You have your conversations that look like staring contests, mediocre voice acting and creepy ambiance music. 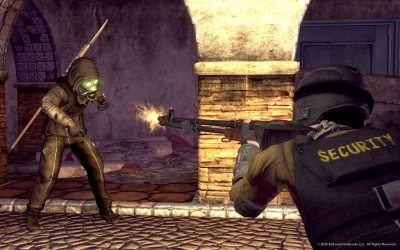 Why isn't it dying?!

Surprisingly, the game play in Dead Money is a little different from the run and gun attitude many people are familiar with in the Mojave Wasteland. Due to various traps, environmental hazards and the fact that the guns you get are essentially useless against the enemies you encounter, you are almost required to be patient and take it slow through your journey.

Before you enter the Sierra Madre from the wastes, the game warns you that you should be at least level 20 before attempting the new quest, and it’s not kidding. This piece of DLC is pretty tough. First and foremost, there are the enemies. Dubbed the “ghost people,” the baddies you run into are human-like beings trapped in haz-mat suits. They are very fast and the only way you can kill them is by dismembering them or blowing them up. From my experience, guns did little damage against them so I had to resort to melee and unarmed. Whenever this comes out for PC we will have to bring back our astronaut, cannibal and alcoholic space Lincoln for some melee action. 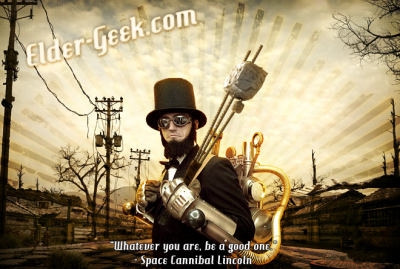 Why are they wearing haz-mat suits? Oh, only because a toxic cloud has covered the Sierra Madre and there are extra thick patches of it in parts of the resort. If you stay in these patches too long you will lose health very fast, so you have to avoid them at all costs.

While the cloud might not be a big deal when you’re inside, there is a whole new obstacle waiting for you there, and that obstacle is hologram security guards. You might think, “Oh holograms, I can just walk through them,” until they raise their hands to their heads and laser your face off. You will have to get to a computer to change the guard patterns or find the hologram projector and disable it if your repair skill is high enough.

If the cloud and the holo-guards were not enough, you are also fitted with an exploding slave collar at the beginning of your quest to make sure you don’t flake. In addition to that, radios and speakers emit a frequency that can set your collar off, so if you hear beeping you have to take a few steps back, find the radio or speaker, and destroy it if possible.

This is where the game can get quite a bit tedious. If you try to rush, odds are you will end up in the middle of a cloud or with no head due to an explosion. There were even some parts where I couldn’t find the radio emitting the frequency so I had to run and hope I would get out of range before my collar went off. The only problem is sometimes I did not get out of the range in time so I would have to try again and again before I figured out the path I was supposed to take. This got especially troublesome later on in the expansion. Let’s just say that the experience would have been more enjoyable if they lightened up on the obstacles just a little bit. 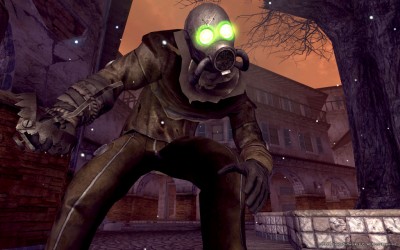 With all of those things said, it definitely feels like a survival experience, for better or worse. There are limited healing supplies and you will probably be scrounging for food as much as stimpaks. More often than not you will find Sierra Madre casino chips which you can use at these weird vending machines that trade you various items for them, and that is probably how you are going to get most of your healing supplies. So for those of you who actually want to survive and actually use crafting stations instead of carrying around hundreds of stimpaks without worry, then this is your calling.

Another thing I was surprised by was the lack of awesome new loot. In previous Fallout expansions some cool new toys also accompanied the quest line, but this one is relatively bare. The handful of guns you get are relatively useless once you get your old equipment back, and the only cool melee/unarmed weapon you get is the crude “bear trap fist” which is exactly what it sounds like.

While I’ve heard reports of bugs corrupting save files and making quests impossible to finish, I did not run into any of these myself during my play through. The only thing that happened to me was my game freezing up once, and I ended up being pleasantly surprised because I thought this title was going to be as bad, if not worse, than New Vegas itself.

All in all, Dead Money is worth the purchase, but it should not be on the top of your “must buy” list. The overall plot is interesting and it is nice to see Fallout go in somewhat of a different direction with its DLC, but it seemed like I was constantly going between having a lot of fun, and then being incredibly frustrated a couple minutes later.  Also, if you do play it you might consider making a new character that specializes in melee or unarmed, and stealth. And if nothing in this game sounds appealing, then maybe the shameless bait that comes in the form of a level cap increase to 35 will coax you into dropping the ten bucks.