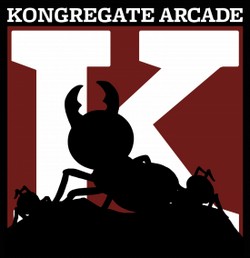 This past Wednesday, Kongregate’s “Kongregate Arcade” application for the Android OS was pulled from the market. Google cited that the multi-game service was in itself an application market, and violated the marketplace rules for the OS. The app can still be downloaded directly through Kongregate, and the company later posted a Twitter message stating that it was “working with Google to restore access in the Market”, but Google has yet to issue further statement on its initial removal.

“We were very surprised, especially since we had shown it to several people at Google in mobile,” Kongregate CEO Jim Greer told Joystiq.

“The reason for the removal, and we didn’t find out until after it was already gone, was that they claim you can’t use their app store to distribute another app store — which is a reasonable restriction. But to us, what’s really bizarre, to call [Kongregate Arcade] an ‘app store’ seems like a pretty extreme stretch,” said Greer.

“Literally, you can go to m.kongregate.com and play any of the games,” Greer emphasized. “And the experience will be — once you’ve got the game on your phone — just the same. So, it’s all essentially cached content delivered in a browser, which to me is just bizarre that that would be considered an ‘app store’.”