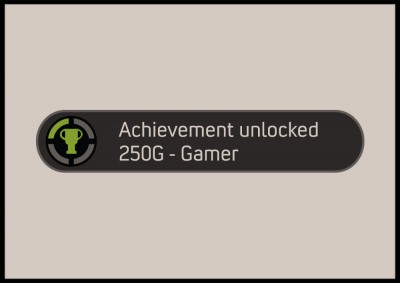 One of the most fiercely lobbied changes gamers have asked of Nintendo this generation, outside of a restructuring of multiplayer interaction, is the integration of an achievement/trophy-like awards system. The Big N’s only response to this request this past generation is that, while they appreciate the value of such rewards, they would rather focus on different kinds of incentives for players. The upcoming 3DS will continue the trend, and Nintendo of America’s  Head of Product Marketing Bill Trinen was on hand with Kotaku to explain why.

“When they create their games, [Nintendo’s designers] don’t tell you how to play their game in order to achieve some kind of mythical reward,” said Bill Trinen, “Basically, the way the games are designed is they’re designed for you to explore the game yourself and have this sense of discovery…To that end, I think that when you look specifically at games from EAD [the group long led by Mario and Donkey Kong creator Shigeru Miyamoto] and a lot of other games that Nintendo has developed a well, there are things you can do in the game that will result in some sort of reward or unexpected surprise. In my mind, that really encourages the sense of exploration rather than the sense of ‘If I do that, I’m going to get some sort of artificial point or score that’s going to make me feel better that I got this.’ And that, to me, is I think more compelling.”

Agree with Nintendo’s reasoning, E-Gs, or should the House of Mario still make with its own rewards system? Let us know below!

6 thoughts on “Nintendo Continues ‘No Achievements’ Trend with 3DS”