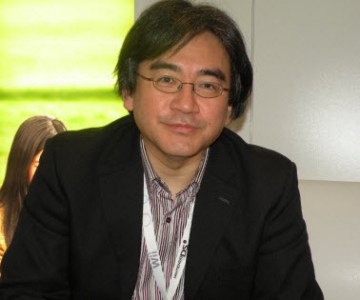 Organizers of the 2011 Game Developers Conference has announced that Nintendo President Satoru Iwata will return to the show and keynote the festivities this March (Satoru Iwata first came to GDC in 2005 with the then-titled Nintendo “Revolution”). The 25th show, being held in San Francisco from February 28th through March 4th, will kick off its quarter-century conference with Iwata’s presentation: “Video Games Turn 25: A Historical Perspective and Vision for the Future.”

“We are honored and pleased to welcome Mr. Iwata back to the keynote stage for our 25th conference,” said Meggan Scavio, GDC director. “Nintendo continues to innovate and captivate developers and gamers alike, and we’re looking forward to their unique insights into both the history and future of the game business.”

Iwata also followed up on a warning issued at the Nintendo World 2011 showcase last week: that prolonged 3D play could be harmful to the eyes, especially for children. The President reiterated (in an interview with the Japanese branch of the Wall Street Journal) that the warning was just that, a warning, meant as potential hazard avoidance should any lawsuits result of the technology. More details on the 3DS, especially concerning its Western release date and price, are expected on the 19th of this month.

One thought on “Nintendo’s Iwata to Keynote GDC, Comments on 3DS Warning”