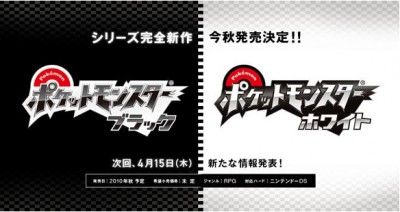 Nintendo of America announced the latest DS-exclusive entries in the long-running Pokemon franchise – Pokemon Black and Pokemon White– will release in North America on March 6th of this year. Each game boasts its own Legendary Pokemon and city region exclusive to that version, as well as a new region and 150 new monsters across both titles.