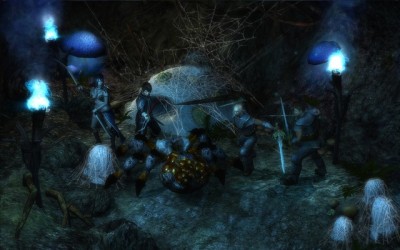 Cult (and Elder-Geek) favorite TRPG Grotesque Tactics is going to set to get the sequel treatment later this year. Headup Games and Silent Dreams have announced many changes to be found in Grotesque Tactics 2: Dungeons and Donuts, including a new character creation and leveling system, talent trees, and a new visual style. The PC-exclusive is set to release sometime in the 3rd quarter of 2011.