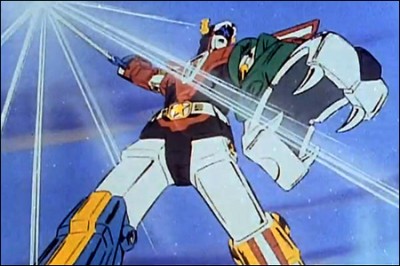 Great news for you old-school anime fans, publisher THQ is releasing a new title based on the “Voltron: Defenders of the Universe” license (which is due for a reboot later this year with “Voltron Force”). The game will based on the original 80s series, in a parallel with Mattel’s new lineup of toys focused on the “Voltron” brand (these based on the reboot of the franchise). THQ has yet to specify a release date or any specific details on the game.

“The video games relationship with THQ, along with our master toy relationship with Mattel, signals the exciting future ahead for Voltron”. said Robert Koplar, Vice President of World Events Production, “With its signature robot lion action and titanic-scale battles, our Voltron games and toys along with our new series are sure to have enormous appeal to fans of all ages around the world.”

Any “Voltron” fans amongst us, E-Gs (aside from your humble news editor)? Testify below, if ye be among the enlightened!