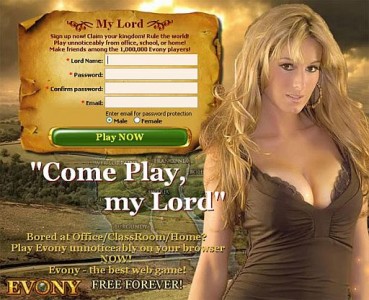 Blizzard isn’t the only MMO maker seeking damages from their players. You’ve probably seen an ad for Evony, a web-based MMORPG, appearing in the side bar of many a website. The creators of the title are suing 23 year old Philip James Holland for allegedly selling auto-playing bots and a gigantic map to abuse exploits in the game.

Holland is being sued for $1 million, and it didn’t help his case when he showed up to court in sweatpants. Evony LLC and Regan Merchantile LLC (the game’s owners) lawyers claim the teen is “devoted to infringing on Evony‘s copyrights and trademarks”. Holland has responded by saying he only makes a few hundred dollars a month off of the site. Evony LLC lawyers asked the judge for an injunction barring Holland from operating that site and the judge will announce his decision “soon”.

One thought on “Hacker Sued Over Bots in ‘Evony’”