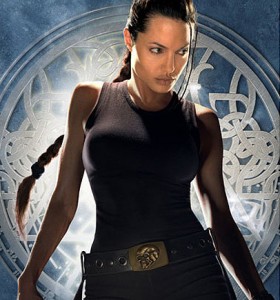 Following the footsteps of the “Resident Evil” film franchise, the producers at GK Films is looking to bring back another video game adapted film series with a new “Tomb Raider” instalment. Producer Graham King (“The Departed”, “The Town”) is reportedly spear-heading the project, which aims to hit theaters sometime in 2013. The first film in the franchise for ten years, the original big screen Lara Croft, Angelina Jolie, is not looking to return as the dual-wielding spelunker.

“I don’t think so. I just don’t feel like I need to, because I felt very happy with the last one, which was kind of the one we wanted to do,” Jolie told Ugo.com in a 2004 interview. “The first one kind of frustrated us, because we were trying something new. The second one, I felt like that’s kind of how I wanted to do it, and I don’t really feel the need to do another one.”

According to the press release, the reboot “will create daring new adventures for the young and dynamic Lara Croft.” In the same statement, Graham King discussed his enthusiasm for reinvigorating the financially popular film franchise.

“We are very excited to be rebooting what is already a hugely successful film franchise and continuing the Tomb Raider phenomenon,” wrote King.

Eager to see another Lara Croft adventure in theaters? Is it not going to be the same with Angelina Jolie? Give us your thoughts below, E-Gs!