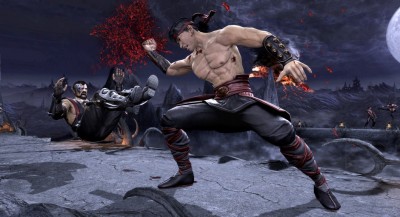 While far from a gamer’s favorite thing, EA’s Online Pass practice has proven successful enough that Warner Brothers Interactive Entertainment is reportedly looking to develop its own model. Mortal Kombat, the newest title to the series of the same name which is being developed by NetherRealm Studios, will have a code that new players have to enter once they purchase their copy of the game new. Players who buy a used copy will have to purchase a code for 800 Microsoft Points or $10 on the Playstation Network. Warner Bros. Interactive also intends to do the same one use code treatment for F.E.A.R. 3 and Batman: Arkham City.

“Mortal Kombat, available on April 19 for the PlayStation 3 computer entertainment system and the Xbox 360 video game and entertainment system from Microsoft, includes a one-time-use registration code that gives players access to all online modes in the game. Players who do not have a code will get a free two-day trial of the online play and then be able to purchase the online modes for 800 Microsoft Points on Xbox LIVE Marketplace and $9.99 on the PlayStation Network.” read an email excerpt from Warner Bros. to retailers