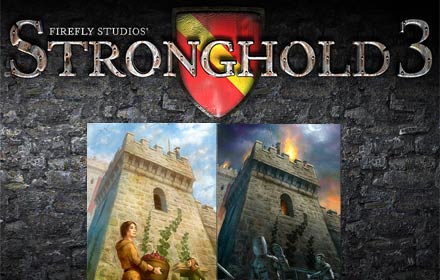 The team at Firefly Studios have moved their latest title, Stronghold 3, from one general release window to another. Originally intended for “Early 2011”, the castle-building strategy game has been moved back until “Summer 2011”. According to the publisher, the change was made to implement “a host of new features.”

“We want to make sure fans get the game they want and deserve,” said Stronghold 3’s designer Simon Bradbury. “Although some may be disappointed the game isn’t coming out as soon as they expected, we’re sure they won’t be disappointed with the new elements we’re adding to the franchise, to make this the best Stronghold yet.”