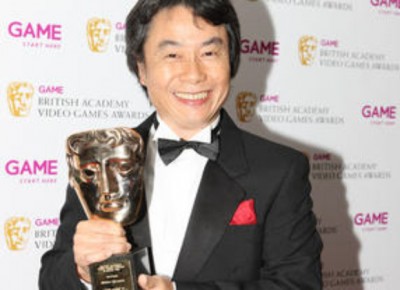 UPDATE: In the wake of Miyamoto’s interview, Nintendo has put out a statement saying that Miyamoto is not, in fact, stepping down. Whether this means he will continue to hold the position of Senior Managing Director and General Manager of Entertainment Analysis and Development, or if it is just to emphasis his not leaving the publisher entirely, Nintendo did not clarify. Elder Geek has sent out for comment from the Big N, but has yet to hear back.

If there is one person in this industry whose name does not require an accompanying introduction, it’s Shigeru Miyamoto. Nintendo’s video game virtuoso has stepped down from his current post as Senior Managing Director and General Manager of Entertainment Analysis and Development to focus on smaller projects. In an interview with Wired, Miyamoto floated the possibility of working on unique IP with younger developers.

“I’m not saying that I’m going to retire from game development altogether. What I mean by retiring is, retiring from my current position,” Miyamoto clarified. “After all, if I’m there in my position as it is, then there’s always kind of a relationship. And the young guys are always kind of in a situation where they have to listen to my ideas. But I need some people who are growing up much more than today.”

Miyamoto made a point to express his confidence in the staff he leaves behind, many of whom trained directly beneath him. Miyamoto has yet to reveal his new title at Nintendo, but does hope to begin work on his first new project sometime next year.

Is this a bittersweet moment for the industry, EGs? Or more of a ceremonial process with little effect down the line? Give us your thoughts in the comments section!

One thought on “Miyamoto Steps Down as Managing Director at Nintendo”