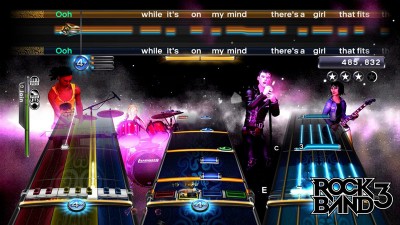 The sale of Harmonix almost exactly one year ago came with a lot of financial baggage. Former parent company Viacom later sued the former shareholders of Harmonix for a refund of $131 million in bonuses that were previously paid out to the developer. The shareholders then counter-sued the media conglomerate for a hefty $700 million in perceived owed payments. Resolution accountants hired by the Rock Band developer and Viacom as a result of these multiple suits have found in favor of Harmonix, to the tune of a $383 million dollar settlement.

Viacom has responded by filing a suit with the Delaware Court of Chancery, charging that they were “improperly excluded” from the accounting proceedings, and that the resolution accountants did not “consider arguments and evidence” from their side of the argument. Viacom is demanding that the court “vacate the determination of the resolution accounts on the grounds of manifest error.” Harmonix has not issued a statement on the matter.