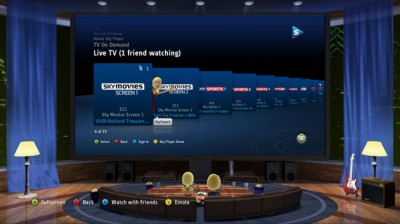 Reuters is reporting that Microsoft has placed its plans to integrate live television onto Xbox 360s on hold, apparently after extensive product testing and collaboration with media partners. According to an unnamed senior media representative, “They built Microsoft TV, they demoed it for us, they asked for rate cards but then said ‘ooh ah, that’s expensive.” Microsoft has yet to offer any comment, although licensing costs were hinted at being the cause of the sudden change of direction.

The last incarnation of Microsoft’s Live TV service would have had monthly subscription plans for programming packages (both live broadcasts and archived content) from selected media partners. Oddly enough, CES had just bequeathed an award for Innovation in Television to Microsoft yesterday.

Was Live TV something you were looking forward to for your Xbox 360? And going forward, would these selected programming blocks with monthly fees become more pervasive as media consumption continues to move away from television sets and onto multimedia devices? Give us your analysis in the comments section below!