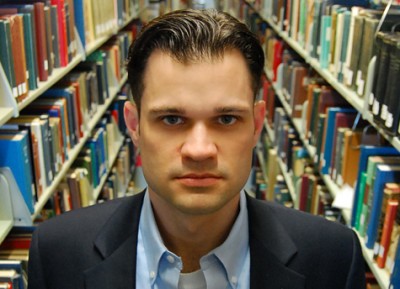 Ex-Army Special Operations paratrooper – and Atlantic correspondent – D.B. Grady recently lashed out against a portion of Activision’s  marketing campaign for Call of Duty: Modern Warfare 3, calling it “hideous” and that it “sanitizes war to an extreme”. The campaign, which features actors Sam Worthington (“Avatar”, “Clash of the Titans”) and Jonah Hill (“Moneyball”, “The Sitter”) as the “Vet and the Noob”, respectively. According to Grady, the semi-serious nature of the on-screen action and the flippancy in which the characters operate within it  “is so base and strident that it’s hard to believe that it’s not deliberately offensive.”

The campaign parodies pervasive multiplayer tactics (or lack thereof), under the tagline “There is a Solider in All of Us”. The short was produced in addition to several television spots and full length trailers that used primarily in-game footage.

“The advertisement trivializes combat and sanitizes war.” Grady argues, “If this were September 10, 2001, maybe it wouldn’t be quite so bad. Those who are too young to remember Vietnam might indulge in combat fantasies of resting heart rates while rocket-propelled grenades whiz by, and of flinty glares while emptying a magazine into the enemy. But after ten years of constant war, of thousands of amputees and flag-draped coffins, of hundreds of grief-stricken communities, did nobody involved in this commercial raise a hand and say, ‘You know, this is probably a little crass. Maybe we could just show footage from the game'”

He continues, “This is not an argument against so-called shooter video games or depictions of war in popular culture. However, as Afghanistan intensifies and we assess the mental and physical damage to veterans of Iraq, is now really the time to sell the country on how much fun the whole enterprise is? (Here I point to the giddy howls of one supposed soldier in the commercial as he fires a grenade launcher at some off-screen combatant. War is great, see? It’s like a gritty Disneyland.)”

Think Grady’s got a point, EGs? Or are these commercials coming from a different perspective than the ex-Spec Ops soldier describes? Give us your analysis down below!