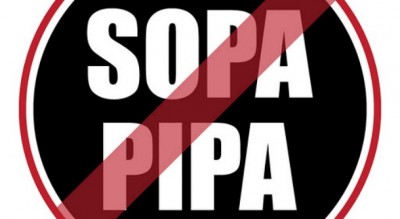 The Stop Online Piracy Act (SOPA) has been quickly losing favor in the House for the past week. After being “shelved” from further discussion three days ago, it was recently announced that 13 members of Congress have withdrawn their support for its sister legislation The Protect Intellectual Property Act (PIPA). Republican Senators Marco Rubio (FL) and Roy Blunt (MO) were the first to make their change of heart public with posts on their Facebook pages (1, 2), the latter blaming his flip on the issue on Senate majority leader Harry Reid (D-NV). A full list of those in Congress flipping on the issue can be found at Ars Technica, the current count in the House is 35 in favor of the bill, 18 against (with 12 more leaning against), and 35 undecided.

And while Elder Geek doesn’t want to officially take credit for any major changes in SOPA/PIPA support, the Entertainment Software Association has officially repealed its support for SOPA via public statement, a little more than a day after we posted our video opposing their support of the bill. It’s probably just a coincidence, right?

The ESA’s statement reads in part (via Destructoid), “From the beginning, ESA has been committed to the passage of balanced legislation to address the illegal theft of intellectual property found on foreign rogue sites. Although the need to address this pervasive threat to our industry’s creative investment remains, concerns have been expressed about unintended consequences stemming from the current legislative proposals. Accordingly, we call upon Congress, the Obama Administration, and stakeholders to refocus their energies on producing a solution that effectively balances both creative and technology interests. As an industry of innovators and creators, we understand the importance of both technological innovation and content protection and are committed to working with all parties to encourage a balanced solution.”