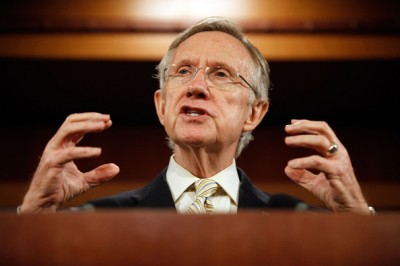 Originally scheduled to take place on January 24th, the Congressional vote on the Protect Intellectual Property Act (or PIPA) has been postponed by Senate majority leader Harry Reid (D-NV, above). While not as official as the House’s “shelving” of its sister legislation, the Stop Online Piracy Act (or SOPA) three days earlier, a new deadline for a vote has yet to be determined.

“In light of recent events, I have decided to postpone Tuesday’s vote on the PROTECT I.P. Act,” read Senator Reid’s official statement in part,“There is no reason that the legitimate issues raised by many about this bill cannot be resolved. Counterfeiting and piracy cost the American economy billions of dollars and thousands of jobs each year, with the movie industry alone supporting over 2.2 million jobs. We must take action to stop these illegal practices.”

With this postponement and the shelving of SOPA, what do you think the future for these bills – or such legislation in general – could hold? Be your own political analyst and give us your opinions in the comments section!