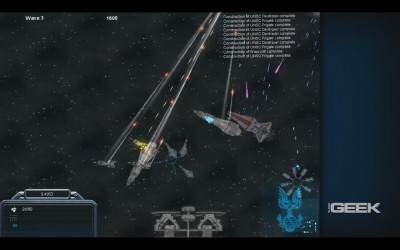 We love indie games here at Elder-Geek.com, especially when they take us into a galaxy far far away. Developer LoudMouthStudios does more than that by bringing the world of Star Wars and Halo together in one of the most epic combinations in this generation of indie gaming. Star Wars VS Halo is a free RTS game that combines elements of large battles in space between fleets of starships as characteristic in Star Wars with ground combat and holding off waves of Covenant in Halo and its RTS title Halo Wars.

The story begins with a fleet of UNSC ships arriving in an uncharted part of space where they encounter a squadron of Republic ships. After a small skirmish, the UNSC realize their mistake and the Republic and UNSC join forces to fight the Covenant and the Confederacy of Independent Systems. With the stage set, a clash of galactic proportions is all the more inevitable.

Star Wars VS Halo features a skirmish mode where players can choose a map and play as either side. There is also the Defense Challenge where players will have to protect crucial resources from waves of enemies similar to Halo’s firefight mode where you hold against a horde of enemies. Players will have to build up their bases, gather resources, and start building new ships to fight off each wave, which get progressively larger and more difficult to fight off.

The gameplay is relatively straightforward. All you need to do drag and click to move your forces around the map to position them where they can do the most damage to the enemy. There is little micromanagement involved, which is a plus.  The objectives are also straightforward; find the enemy base and destroy it. 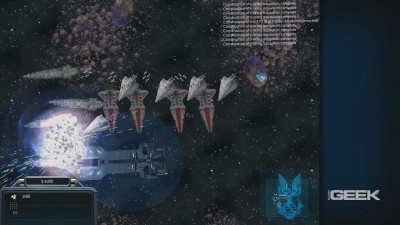 For RTS fans, the lack of complex, in-depth objectives may make the game seem overly-simplistic to be deemed a true RTS game. Furthermore, as your forces get larger and the battles get extensive, command and control become hectic; you are unable to create groups and formations, which are essential elements of RTS combat. However, the game is still in its alpha stages, so the potential for a more fulfilling experience is on the horizon.

Overall, Star Wars vs Halo has great potential to be a game that satiates our desires for being able to fuse our favorite space-themed titles. The game can get highly addictive, especially in Defense Challenge as failure will make you want to keep playing to hold off the waves of Covenant. The graphics are respectable for a free indie game as the models are well designed. The sound effects and explosions are also impressive and will leave you hanging at the edge of your seat.

At best, this game is definitely worth a try.