You know what they say, “another year older, another year wiser.” Looking back on MAGFest X, I can safely say that it was the best one yet. Sure, a lot of the fun came from the Elder-Geek staff hanging out and having a good time with friends from last year’s MAGFest, but following the advice from the original MAGFest Survival Guide made the convention that much better. All of the tips from the first guide are still very relevant, but here are some more guidelines if you are planning on going to the show next year. I mean, why wouldn’t you be planning on it?

Fly in early, fly out later

MAGFest is usually scheduled during a Thursday-Sunday long weekend in early January. Those of you that drive to the convention have a little more freedom when it comes to traveling, but everyone who has to take to the air should read on. 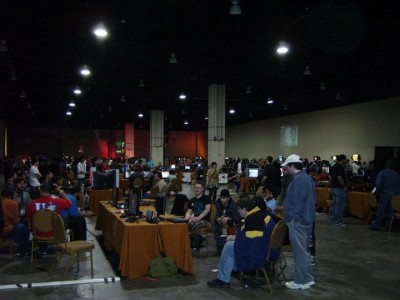 To get the most out of MAGFest you are obviously going to want to be there for the maximum amount of time. This means booking an early flight time into D.C. Thursday morning, preferably into Washington National Airport (DCA), the closest airport, and not Dulles (IAD) or Baltimore-Washington International (BWI). If you live really far from D.C. you might even want to consider flying in Wednesday night if you have the means to book an extra night at the hotel. Even though the staff is spending most of the morning and early afternoon setting stuff up, there is still a lot to see. You will also have more time to get your bearings at the large convention center because if it is your first time there you might get a little lost. I know I did.

When it comes to sadly saying farewell to MAGFest, you are probably going to want to do that later rather than sooner. All of the big events happen Saturday night, not to mention the biggest parties, and it is common knowledge that traveling while tired sucks. Booking an early afternoon flight is your best bet here because you can go to all of the Saturday night events and get enough sleep to not go insane traveling back home.

Make sure you have extra clothes

A couple of these might seem like common sense, but in the end they will make your MAGFest experience much more comfortable. Wearing the same clothes for two days might be acceptable if you don’t leave your house, but you don’t want to be stuck in that predicament at a weekend long convention. Packing an extra shirt or two won’t take up that much more room in your suitcase, and you might even want to consider packing some nicer clothes too. The area around Gaylord National considers itself to be higher end and some places don’t take kindly to t-shirts.

Seriously, wtf am I drinking?

This one is straight to the point. Odds are you are going to be doing a lot of standing and walking at MAGFest, so you want to make sure you have some comfortable shoes, or at least some inserts. Your feet will thank you.

It’s no secret that personal hygiene is important. Over 6000 people taking part in a non-stop gaming convention really hammers that home when you get to the last day. I don’t want to sound like a dick, but by the time Saturday rolled around the convention center smelled less like a hotel and more like a locker room. That’s no fun for anybody, so do your part and smell good!

Also, if you don’t feel like getting sick during or after the convention, keep a steady supply of hand sanitizer with you. Odds are you are going to be touching arcade machines, controllers, merchandise and who knows what else, so it is a good idea to use it every now and then to keep the germs at bay. If you go without sanitizer you will get those grimy “flea market” hands after playing a few games.

You know what I’m talking about.

Once again this proved to be one of the larger challenges we faced at MAGFest. The good news is there are plenty of places to eat at and around the Gaylord National. The bad, and potentially deal breaking news is they will bleed your wallet dry. Here are a few options you have when it comes to food. 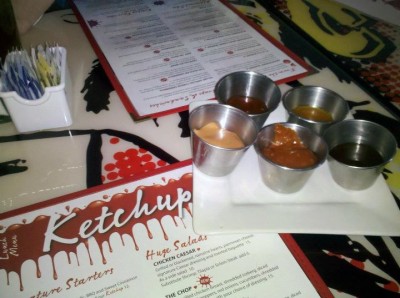 An example of a restaurant trying too hard to be trendy

1. Plan a trip out of the immediate area. If you know someone with a car try and plan to go somewhere farther away from the hotel. It will probably save you a few bucks.

2. Save some extra money. If you can’t get out of the area you might have to take a couple hits to your wallet to get food. Fortunately, there is a Subway a few blocks down, but if you go there be prepared to wait.

3. Bring your own food. Pack some small things like pop-tarts, bread, and peanut butter. If you don’t have room in your suitcase there is a CVS nearby, but that’s about it as far as convenience stores go.

As you probably already assumed, there are no places to go and get a cheap drink. Your best bets are either the sports bar at the hotel, or the Cadillac Ranch across the street. The latter even has cool fire pits outside for you to sit around.

There’s nothing worse than trying to get in contact with your group only to realize that your phone, which you have also been using as a camera, has died. This doesn’t have to happen if you keep an eye on your battery level throughout the day. Charge your phone and all your other electronics at night, and if you really start using it like crazy, consider investing in a travel battery charger.

You never really know what is going to happen at MAGFest, but you do know that you will want to take some pictures or even some video footage of it. It might be some cool looking cosplay, an awesome concert, or even meeting one of the many celebrities of the gaming world. Take lots and lots of pictures to show your friends that you had an awesome time. Who knows, they might even come along for the ride next year. 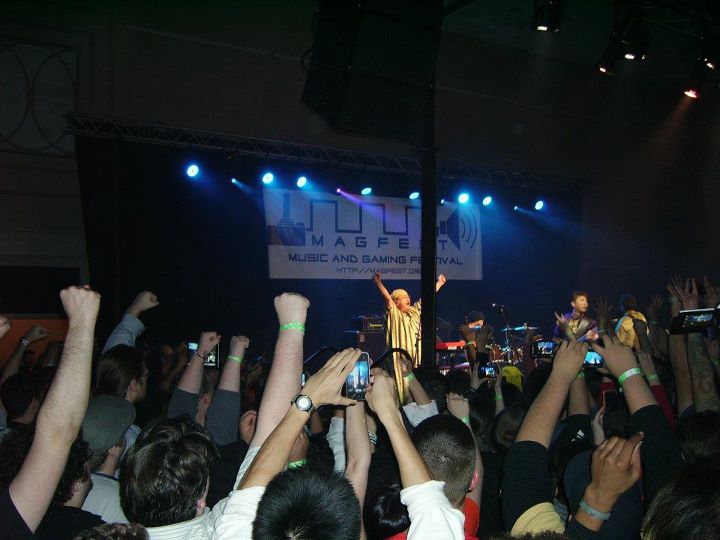 Simple rule: If it’s not yours, don’t break it. It sucks to see machines out of order after only two days on the floor, and it’s even worse to go up to a pinball machine, hit the left flipper and have the button just fall out. All of the machines and consoles at MAGFest are on loan, so play a little more gently.

Bring your current gen handhelds if you have them

This year’s MAGFest was all about the Nintendo 3DS. Trevor and I brought our systems and streetpassed over 100 people. Then there was the Mario Kart 7 table. After a weekend of searching, we found some other people playing Mario Kart and decided to join the group. At one point there were 16 of us all playing and there was much fun to be had. We ended up staying at that table for around four hours just playing race after race until our 3DS’s were just about dead. Even though there were arcade cabinets and consoles galore, the best gaming related moment I had at MAGFest was the Mario Kart table… and schooling Randy at Donkey Kong. 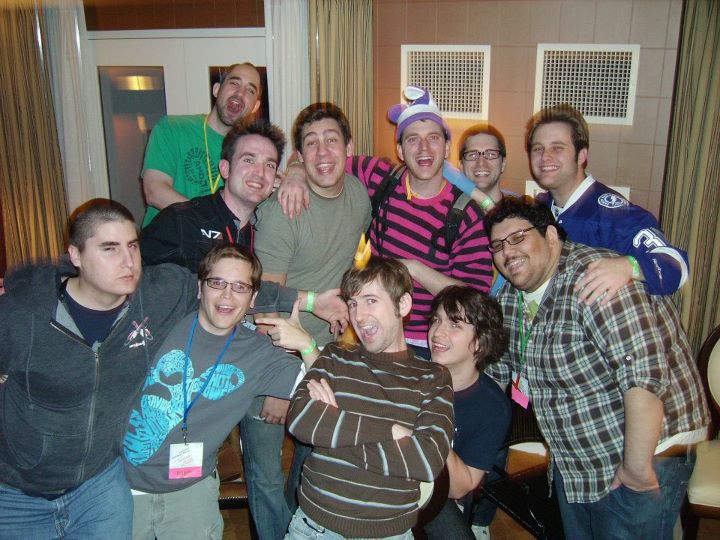 We hope to see you there next year! – The Elder-Geek Staff & Friends

Following some of my own advice from last year made MAGFest X that much more fun. If you’re planning on going next year be sure to take some of these points into consideration, but the most important piece of advice I can give is to just have fun. MAGFest 11 is going to be great and I am already looking forward to it.

One thought on “The MAGFest Survival Guide Version 2.0”