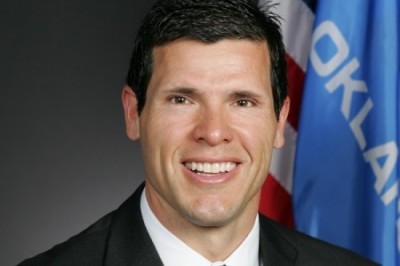 The House of Representatives in Oklahoma struck down Bill H2696, the proposed video game surtax we reported on earlier this month. The bill would have levied a 1% tax on all video games rated T and M purchased within the State, using the funds gained (approximated at $2 million) for programs working against childhood obesity and bullying. Its sponsor, Sen. William Fourkiller, is now planning on creating a task force to research into possible connections between video game play and childhood obesity.

The proposal garnered a lot of advocacy emails from video game interest groups like the Entertainment Software Association and the Video Game Voters Network, many of which cited the last year’s Supreme Cort decision on the gaming industry as grounds for the bill’s dismissal for being “unconstitutional”. In a meeting of the Oklahoma House Appropriations and Budget Subcommittee on Revenue and Taxation this week, Representative Fourkiller engaged in a debate with fellow Representatives Pat Ownbey and Mike Reynolds before the measure lost in a 5-6 vote.

Reynolds: I don’t see many task forces that meet beyond the legislative session. What do you hope to accomplish?

Fourkiller: Ways to curb childhood obesity and also bullying that go on today.

Fourkiller: They can contribute to obesity.

Ownbey: Why just video games? Why not French fries or rap music or movies?

Fourkiller: We have to start somewhere. There’s no magic bullet that will solve these issues, but I want to raise awareness of these two issues.

Reynolds: It’s not a good idea. We could have a task force on a multitude of reasons children are obese. Why we’re pickling violent video games was because it was originally a tax.

Fourkiller: Title is off, it’s no longer a tax bill. I’m willing to work to move this forward. This is a start and unless you take the first step, nothing will happen.

Do you think there is, as Rep. Fourkiller suggests, a link between videogame play and serious childhood issues like obesity and bullying? Give us your responses in the comments section below, EGs!