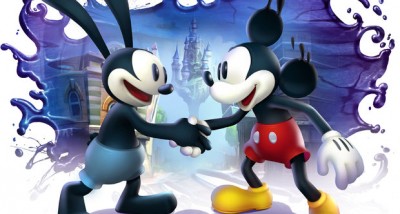 The game is currently in development at DreamRift (Monster Tale), and continues the “Illusion” franchise, albeit while operating within Epic Mickey‘s dual paint thinner/brush mechanic. The game features hand-drawn sprites, side-scrolling parallax backgrounds (16-bit era throwback) and levels based on Disney films. Also, any characters saved by Mickey through the course of the game will appear in his fortress hub base, making this likely the only time Suikoden and “Steamboat Willy” will cross over (until Kingdom Hearts gets weird). No release date has been set, although it’s expected the game’s launch will correlate with that of Epic Mickey 2.

One thought on “3DS ‘Mickey’ Game to Continue “Illusion” Franchise”