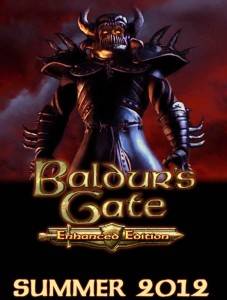 The opening chapters of one of the most respected role-playing game franchises ever made is getting an enhanced re-release courtesy of Overhaul Games. Baldur’s Gate Enhanced and Baldur’s Gate II Enhanced are both being overseen by Overhaul, Wizards of the Coast, and Atari, the former containing some of the original development team from the projects. Not much is known about what to expect from these upgraded releases, aside from promises of a “re-forged…Infinity Engine with a variety of modern improvements”. Both games will include their expansion packs, respectively “Tales of the Sword Coast” and “Throne of Baal”. The current release date for the project (only listed for Baldur’s Gate I right now) is sometime this Summer.