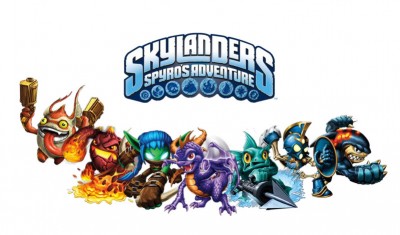 The part toy collectible series, part video game Skylanders has yet to have any official sales data released on it, but has been inking some major retail and license deals since its launch last year. Over 150 licensing executives attended a recent promotional event for the brand, hoping to attach themselves to the product. Penguin Children’s Books already have five tie-in books based on the property due out this year.

“That deal is just the tip of the iceberg. I’ve worked on a number of these IPs for the likes of Mattel and Spin Master in previous roles, and you can sense things are going well when people approach you about licensing opportunities, rather than you having to approach them. That’s what we’re seeing here,” explained John Coyne, Vice President of Consumer Marketing for Skylanders, “Lunch boxes, apparel, back packs, publishing, other toy areas – these are all things that are currently in the works. Hopefully Skylanders will be everywhere. It tends to go that way. Once kids get into something, they really get into it. You see that on a number of movie properties and TV shows. It becomes a lifestyle thing for them. Skylanders is following that curve.”

Coyne continued, “Coming from the toy industry, I never underestimate the importance and power of retail. That hands-on experience, to be able to see something and interact with it at retail, was something we knew was going to be important from the start. Kids are going back to stores week-in week-out looking for new Skylanders, which is a great thing for retail.”

Looks like Spyro and pals are going to be everywhere, EGs, does it have the staying power to be Activision’s new yearly franchise? Be our industry analyst in the comments section!