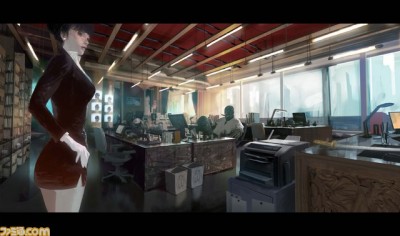 While unfortunately not a sequel to the trippy cell-shaded shooter Killer 7, Grasshopper Manufacture’s KILLER is DEAD does star a sword-proficient assassin as its protagonist, continuing a prevalent theme of Goichi Suda’s, the eccentric developer also behind No More Heroes and the upcoming Lollipop Chainsaw. Announced with a spread in Famitsu (translated by Andriasang), players will play as an “Executioner” hunting down priority “S level” criminals.

Expect No More Heroes style swordplay with a few new systems thrown in. According to an (untranslated) interview with Suda, the key words for the game are “Moon and Earth”. A principal idea behind the scenario is the very Heavy Rain-sounding  “How far can you protect someone?”, with “Love” also being one of Suda-san’s key words.

KILLER is DEAD is between developed by Grasshopper Manufacture and published by Kadokawa Games, and will release on PS3 and 360 in Japan sometime this year. Expect news of a Western port to follow.