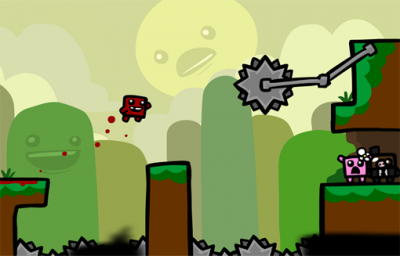 Painstakingly precise platforming will meet touch controls with Team Meat’s Super Meat Boy: The Game, a new version of their brutally-retro homage optimized for Apple devices. According to Meat’s Edmund McMillen, SMB: The Game avoids the pitfalls of shoddy touch control ports by being “a brand new game with new art, new sound, everything.” Development on the game has reportedly just started, so don’t expect a release date any time in the near future.

“So as some of you know, we have been playing with the idea of porting SMB on the iphone for some time…” wrote Edmund McMillen on Team Meat’s official blog, “Sadly, there was no way of doing this without the game becoming a pile of garbage, Super Meat Boy is a twitch platformer with precision controls, there was no way in hell this would work on a touch screen with buttons all over it, Super Meat Boy isn’t a game we want to make a sub-par version of just to cash in… So, we decided to totally remake the whole game instead, from the ground up!”