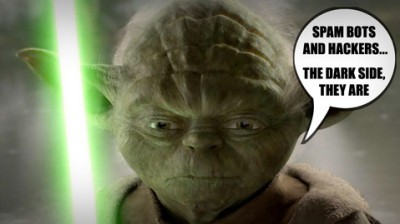 AllOut’s “Electronic Arts: Keep Fighting the Dark Side” petition, created in response to letters sent to the publisher by groups angry with the inclusion of homosexual characters in Star Wars: The Old Republic, has been reportedly hacked. The interest group confirmed that the bots inflated the amount of signatures on the petition (68,678 at time of publishing) by between 3000-5000. AllOut posted an update stating that they are currently looking for the source of the spammers (they also insist they had reached the 60,000 signature mark before the attack).

Launched earlier this week, AllOut’s petition is a direct counter-argument to the letter writing campaign(s) of groups like the Family Research Council. Both Stephen Fry (Actor, Author, LittleBigPlanet Narrator) and Charleton Brooker (Journalist) count themselves amongst the signatures for the movement, which plans to have Yoda “himself” deliver the petition to Electronic Art’s Redwood City, CA headquarters once it reaches 75,000 supporters.

“They should make *every* character in their games gay for a year just to wind up the bigots. Starting with the FIFA franchise,”  Brooker suggested via Twitter.

He later added, “In the next Modern Warfare, they should have a special ‘gay’ gun that’s better than all the others, thus forcing online players to use it.”

“Electronic Arts customers are speaking out loud and clear: being for equality is good for business,” commented AllOut executive director Andre Banks. “Groups like the Family Research Council are truly on the ‘dark side’ – they put pressure on companies like EA to block fair, balanced portrayals of gay characters in gaming and other media. You don’t have to be a gamer to understand that it makes a real difference for Electronic Arts to present positive portrayals of gays and lesbians to its community of 100 million players…We are not arguing that Electronic Arts is a perfect company, but we know that today, on this issue, they are taking an important stand that should be celebrated and supported.”