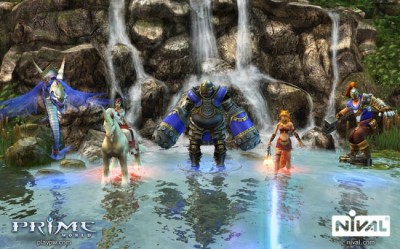 In a unique move in player incentives, Nival’s Prime World MMO will offer discounts for female gamers choosing certain female characters, and vice versa. Another discount will be offered for teams that contain both male and female players. These gender-based discounts are formalized when players connect their Facebook accounts to the game.

“Basically we have discounts for some of starter characters depending on gender of a player,” Nival president Sergey Orlovskiy e-mailed Kotaku. “If you’re male you can get several male heroes cheaper, and if you’re female you’ll get some of female heroes cheaper. Point was not just to encourage playing characters of your own gender, but to encourage using some specific character roles in a game.”