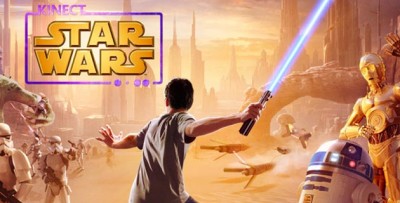 Eurogamer is reporting (via the findings of Twitter-investigator Superannuation) that the recently released Kinect Star Wars is the result of ten different design teams. Specifically, the hack-and-slash/dance-simulation/city-stomping/pod-racing motion game was “supervised 1 PC and 9 external teams (200+ heads)”. Teams reported to be involved in the project are Frontier Developments (Kinectimals), Terminal Reality (Ghostbusters: the Video Game), LucasArts (w/ Skywalker Sound), and visual effects studio Rhythm and Hues.

Superannuation’s findings stem from the LinkedIn resume of Adam Joseph (CSM), a Senior Producer at Microsoft. While many have balked in reaction to this news, it’s highly unlikely that all studios played an equal hand in the game’s production. Both LucasArts and Skywalker Sound – based on their previous positions in third party projects – were likely on hand to preserve universe continuity and make available assets from the film, for example.

In a humorous side note, Harmonix’s John Drake took to Twitter to insist that the music-rhythm developer had no hand in Kinect Star Wars‘ dance segments, saying, “Pre-emptive tweet, since I’m seeing q’s again: @Harmonix and @Dance_Central have nothing to do w/the dancing mini-game in Kinect Star Wars.”