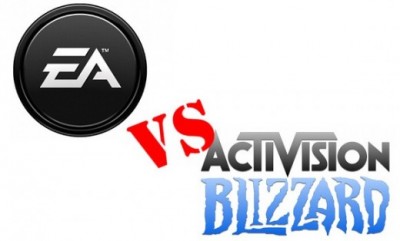 A settlement agreement has been be filled by both Activision and Electronic Arts, a little under two weeks before their case was to go to court. The move comes one day after an appeal for a 30-day postponement of the trial by Activision lawyer Beth Wilkinson was denied. The agreement removes EA from the list of defendants in the larger case between the Call of Duty publisher and former heads of Infinity Ward, Jason West and Vince Zampella.

The initial suit was filed by Zampella and West over claims of unpaid Modern Warfare 2 royalties – supposedly $36 million worth – as well as allegations of improper workplace conduct on the part of Activision (a Los Angeles judge would later dismiss one of their two fraud claims against the publisher). Activision filed a counter-claim against the two developers, then filed a separate counter-suit implicating Electronic Arts, stating the rival company plotted to help Zampella and West leave and create a new studio (Respawn Entertainment) while the two were still Activision employees.

No further details of the settlement have been provided.

The news comes a little over 24 hours after it was reported that Activision gave $42 million to the Infinity Ward Employee Group – an assembly of ex-staffers from the studio not including Zampella or West – in addition to $22 million previously given in belated first quarter bonuses. The Group will retain its litigation against the publisher, however, their attorney stating,”…although it is a meaningful payment it is only a small portion of what we are seeking…”. The Group’s original claim called for $75-125 million in damages.