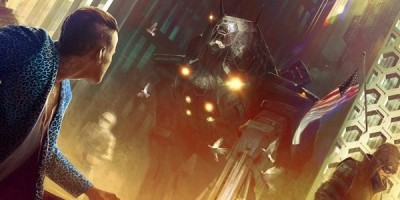 Cyberpunk isn’t just a genre description for the next RPG from the studio behind The Witcher. In their Summer Conference broadcast earlier today, CD Projekt revealed that their next game will take place in Mike Pondsmith’s tabletop pen and paper “Cyberpunk” universe. Described as a bit of a departure for the team, the unnamed project will feature customizable characters and a varied class system. Similar to Deus Ex, character progression seems to be tied to cybernetic implants.

CD Projekt’s “Cyberpunk” title is being “…designed for mature and demanding players who expect to be treated seriously…”, and promises to fall in line with the non-linear narrative complexities and involved gameplay expectations of the studio’s previous franchise. The game is being developed by a new team within CD Projekt RED, headlined by Witcher veterans.

“For over two decades, I’ve been proud to say that Cyberpunk’s been the gold standard of what it means to be a true cyberpunk game.” boasted Mike Pondsmith, “And it’s been a huge success for me and our many fans, with over 5 million players worldwide. But over all that time we haven’t found the right team to bring our cyberpunk world to full digital life — until now. CD Projekt Red is the team we’ve been hoping for. Their incredible work on The Witcher and The Witcher 2 shows that they share the same dedication and love of great games that we do at Talsorian. I’m especially stoked that they want our participation in making this game a fantastic project that will live up to everything Cyberpunk fans (old and new) have been waiting for. Trust me — this game is going to rock.”