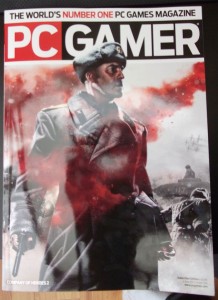 A scan of a cover to an upcoming issue of PC Gamer (above) over at NeoGAF confirms the production and impending release of Company of Heroes 2. In development at Relic Entertainment, only a few details about the game have thus far been extracted from the leaked images. The game will apparently release sometime in 2013, with a campaign focus on the Eastern WWII front with Russian playable characters, and with snow playing a dynamic part as environmental cover and hazards.

THQ later confirmed to Game Informer that more details on the project will be coming soon. Expect at least some trailer coverage of the game during next month’s E3. 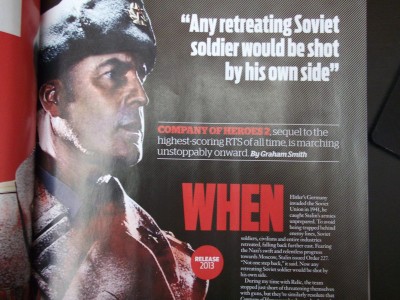