Having never played a game from the Port Royale series, we decided to dip our toes into the Caribbean with Port Royale 3, the open-ended 16th century trading simulator. 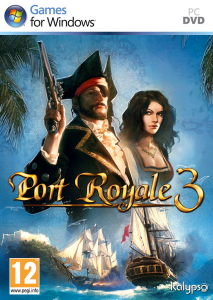 Developed by Gaming Minds Studios and published by Kalypso, Port Royale tosses players into one of two roles during its main campaign. You can either play the role of an aspiring trader and amass riches by creating your own empire of trade routes, private industries, and developing the economy of your colonies.

Or you can become an adventurer, hunting pirates, aiding the less fortunate, looting vessels, and seeking treasures. Your Carribean future is up to you.

As an entrepreneur, you travel from port to port, buying and selling trade goods like rum, cigars, sugar, hemp, metal, tools, rope, and more. The key to gaining income is to buy low, and sell high. As you learn the basics, the game dumps more and more responsibilities onto you. You’re able to purchase more ships to add to your current fleet, or create entirely new fleets and set them on automated trading missions to increase your revenue flow and to bring supplies to ports under your control.

The towns themselves also need your hand in management. You can build up your towns by creating more homes. But you can also bring in more businesses to increase that city’s export goods to be sold through your private warehouses, thereby increasing your income. To make the town more attractive and help you grow the population and your workforce, you can build luxurious amenities like schools, hospitals, and larger shipmasters. And if they don’t want to volunteer to live in your cities on their own, you can always recruit settlers from other ports and towns where you’re known for your generous trading practices, and you can bus settlers in on one of your fleets. 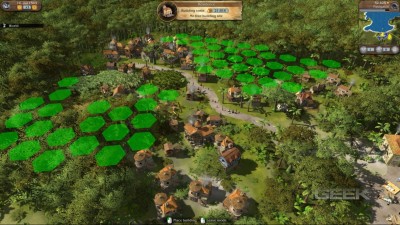 The town maps are pretty, but can sometimes get muddy.

Adventurers build up their fleets and arm them to the teeth with cannons, pistols, swords, and of course, men to control them. Local citizens provide bounties for hunting down pirates, or for finding lost loved ones at sea. The NPC pirates within the game are a real hazard to your trade routes. They all have bounties on their heads making their elimination not only a bonus to your businesses, but they’ll immediately fatten your wallet as well.

Success is likely to be found by playing a healthy balance of the two different lifestyles. Your trade routes will suffer from local pirates if you don’t have a decent enough naval force to police your own business. But on the flip side of the coin, if you galavant around the seas without any sort of income besides plunder, you may have a hard time paying for repairs, salaries, and larger ships to add to your fleet. 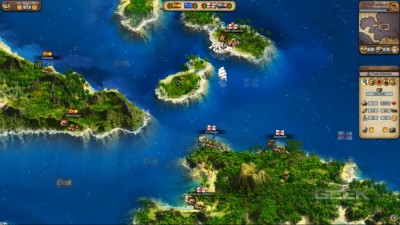 The world map doesn’t live up to the town maps.

Visually, Port Royale ranges from very good to average, depending on what you’re doing in the game. Visiting individual towns and ports, is downright beautiful, while the overhead trade and navigation map feels to be of a lower caliber. It’s more than functional, but we feel it doesn’t quite reach the high bar set by the visuals presented in city maps.

The game’s music is cheerful and fits the setting and the gameplay quite well. And we can say that the voice-overs are definitely up to the task.

But Port Royale isn’t all mojitos and banana daiquiris. There are a few hang-ups that gamers should be aware of before making the plunge of making a full-priced purchase.

The sea battles within Port Royale didn’t live up to our expectations. They felt overly-simplistic, arcadey, and kiddish, which is a dramatic contrast to the very complex trade and economic system found within the game. It’s disappointing. Because of it, we found ourselves auto-resolving most conflicts.

The towns themselves are very visually appealing, but all of the buildings tend to blend together. Realistically, this may be true, but functionally for a video game, this causes some problems. It’s hard to differentiate functional buildings from standard residences, making the city interface a little hard to work with. 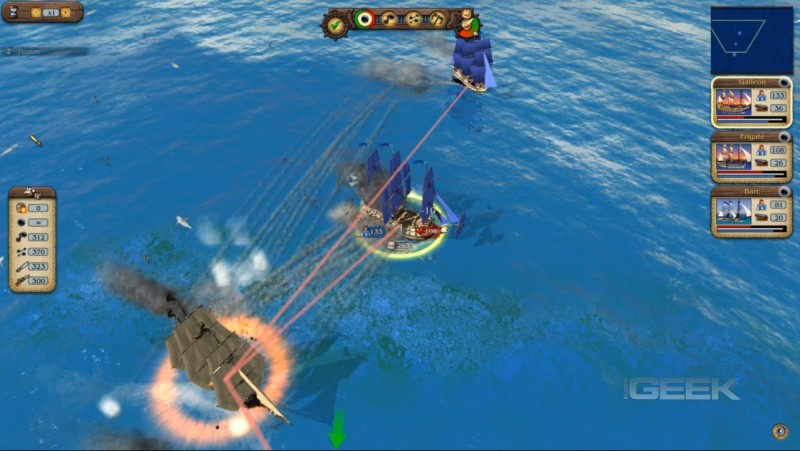 The sea battles simply did not live up to expectations.

But those annoyances aside, Port Royale is solidly build. We experienced zero crashes or dropped frames. If this type of trading tycoon floats your boat (pun fully intended), you can even take the game online and play with several friends, creating competitive trading networks.

Port Royale 3 is build with a very specific audience in mind. For those who like it, will absolutely love it. The trade functionalities while seemingly simplistic at first, can become deliciously complex. The combat doesn’t quite meet our expectations, nor does it live up to the higher standards set by the trading functionalities in the game. All in all, we can say that if you’re interested, you probably won’t feel terrible about giving it a shot, considering it’s not a full-priced game. But if this doesn’t seem like your cup of tea, then you’ll be safe to avoid it. That’s why we’re giving this one an Elder-Geek’s rating of Worth Trying.