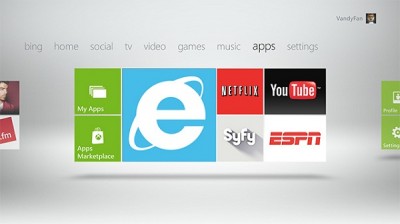 While Microsoft’s Xbox 360 is arguably the most connected console in terms of multiplayer servers and multimedia licensing agreements, the device has remained steadfastly closed for anyone wanting to browse outside the system’s service library. According to The Verge (same team that broke the $100 Xbox story), such a constraint may be lifted soon. According to unnamed sources, Microsoft will be making available a full Internet Explorer 9 experience on the console with Kinect support.

While designed from the ground up to work with the Kinect – expanding the hardware’s existing Bing search function for voice and motion controls, for example – the peripheral is not mandatory. No specific launch window has been provided, but the browser is expected to be one of Microsoft’s announcements during their E3 press conference next month.

One thought on “Rumor: Microsoft Adding Full Internet Browser to 360?”