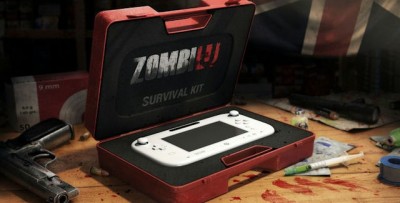 Tony Key, Senior Vice President of Ubisoft’s Sales and Marketing departments, let slip to IGN yesterday that the publisher’s Wii U-exclusive zombie survival game may not stay that way. While many of the dual-screen features of the game were designed specifically for the Wii U’s Gamepad tablet, the recent Smartglass and Cross Controller tech shown off by Microsoft and Sony could lead to ports down the road. “ZombiU at its core was designed to be a great Wii U game and in order to make that work on other platforms they would have to change a lot of what makes the game cool,” explained Key, “And I’m not saying that can’t be done, but not in the next six months, you know?” “We’ve done this before,” Key continued, “When we launched the Wii we had a game called Red Steel that was exclusive to the Wii and it was designed for the Wii. We talked about bringing that to other platforms, and we always kept coming back to ‘what makes the game cool isn’t what would make it cool on those other systems.’ The brand itself we generally try to exploit everywhere we can, but I think for now it’s going to be a really, really good Wii U game.” “There’s definitely going to be knowledge that we gain from developing for Wii U that we’ll be able to transfer not only to SmartGlass technology but also to even the cross-talk on PlayStation 3 and Vita,” Key extrapolated, “The whole industry is evolving towards this multiple screen mentality. We love that. We showed interactivity between Assassin’s Creed III on PS3 and Assassin’s Creed III on the Vita. We’re learning how to do that on the Wii U right now with two screens, and now Microsoft’s talking about SmartGlass.” (via IGN)