Amazon.com has posted a listing for a special retail edition of Playdead’s Limbo. Dubbed the “Limbo: Special Edition,” the retail package of the 2010 Xbox Live Arcade-hit includes a DRM-less copy version of the game as well as a Steam key, 7 original art cards, a sticker, and the soundtrack of the game. A picture of this special edition can be found below.

In addition to this, the package also comes with 3D-glasses, as this particular edition of the game features an all-new anaglyph 3D-mode. The Limbo: Special Edition is currently available at $24.99 from Amazon, which is significantly higher than the $9.99 the game currently costs on Steam.

Limbo was released in July 2010 on Xbox Live Arcade and was met with near-universal acclaim. The game later made it’s way to Playstation Network and Steam. 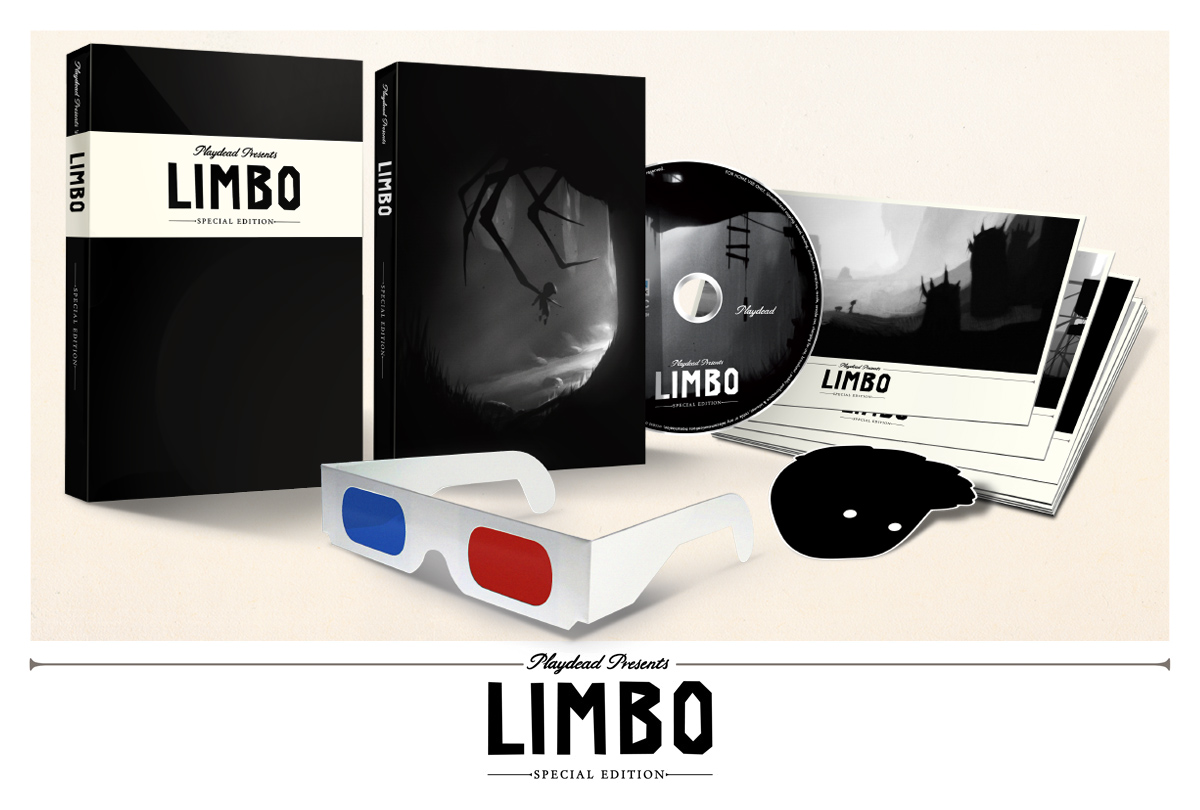