A hot beat in an apocalyptic wasteland. A cool rhythm in an industrial complex. A musical experience that makes an amorphous blob’s unnamed adventure a instrumental experience. While I’m not what the plot of Queasy Games’ PSVita and PS3 downloadable title Sound Shapes is, I am sure that the experience is something special. It doesn’t matter if Deadmau5 is jamming in the background or if you’re platfoming though original art from the Superbrothers, one thing is for certain: you’re going to have a great time.

There’s not too much to explain about how gameplay works in Sound Shapes. It’s your basic platformer; you jump around avoiding enemies and collecting items until you reach the end of the stage somewhere far off to the right. You don’t even have a real idea of your characters motivation. But in a way, that’s some of the beauty of this title. With 5 worlds (called “albums”) each inspired by a different musician and pixel artist and 20 levels to explore you’ll find yourself extrapolating your own motivation and soaking in the sublime stylings. As you venture though the beautiful levels you’ll collect small orbs that add beats to the background music and, if gathered correctly, you’ll end up with a trippy tune that will replay in your head for hours afterwards. 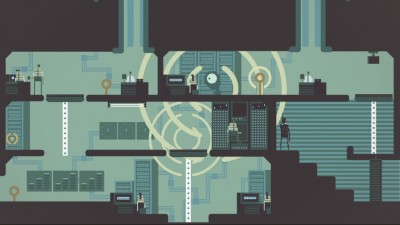 I’ve always had a saying about video games: you can tell their quality by the way they handle their menus, and from the very beginning Sound Shapes delivers on simplicity, quality, and a unique experience.

Now the campaign isn’t very hard, checkpoint are frequent and levels are short. The main campaign can be completed in about 2-3 hours. But listen to me when I stress that that’s not the point. Sure you can fly through Sound Shapes in a sitting or two, but you shouldn’t. I hate being the one to say how someone should play a game, but sound shapes should be savored. It should be soaked up. You should stop and lose time to the music and let it be a calming ocean instead of a crashing wave. But if you’d rather not let the zen feeling take you over, you can compete on the leader boards for the fastest time through  levels. 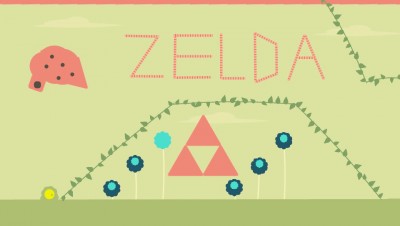 While you’ll see a lot of this online, I promise it gets better.

Sound Shapes true value lies in its online. The level creator is simple but robust, and you’ll unlock more pieces to mess with as you play the game. Really, it’s more usable than anything Little Big Planet has offered up. I also found myself playing a ton of user genereated levels, and while there’s obviously a bunch with sub-par Zelda themes and Stage 1-1 recreaction, the ones with no actual themes can rival the developer created content. Add to that the brutally hard Death Mode and the music teaching Beat School you unlock after completing the game and the playtime extends quite a bit.

The best part is that if you download the Vita version you get the PS3 version for free and visa-vera. You can load your saves from both devises and synch up trophies. While I’m mentioning trophy support, I should say Sound Shapes has handled them superbly. Almost all the trophies are acquired by playing the optional modes which generates a real desire to overcome them. You all know my stance on trophies and achievements, and I have to say that if more games handled them this way I probably wouldn’t have an issue.

Never haveI put down a game and prayed for DLC. It’s almost a shame this game is such a small serving because I would have easily payed substantially more than $14.99 for a larger portion. The thought of artists like Daft Punk creating albums makes my mouth foam. If the game wasn’t on both consoles it might have even ended up  a system seller for the Vita, and if you do have a Vita you 100% should go out and get your hands on Sound Shapes. It’s more than just a beat platformer, it’s a happiness generator.