As in the beginning of 2012 with Crusader Kings 2, Paradox Development Studio is starting 2013 by taking players back to another pivotal period in Europe—the rise of Napoleon Bonaparte. March of the Eagles, the latest grand strategy title to enter the genre, deals with the apex of Napoleon’s dominance over Europe, spanning from 1805 to 1820.

Similar to other Paradox grand strategy titles, March of the Eagles features an extensive single player open campaign as well as a multiplayer campaign where players will be able to play through various scenarios throughout the Napoleonic period as any nation in existence during that time. Players can expect to play as one of the great powers such as France, Great Britain, Prussia, Russia, Austria, and the Ottoman Empire, as well as several other smaller countries spread throughout Europe, the Middle East, and North Africa.

Unlike its immediate predecessors, March of the Eagles places more emphasis on the military side of grand strategy, though you will still need to make money in order to recruit new units as well as build new infrastructure to improve logistical support to your armies in the field. Logistics plays a particularly crucial role as you will need to ensure that your armies are adequately supplied by making sure to build depots as well as the accompanying supply units for your armies. 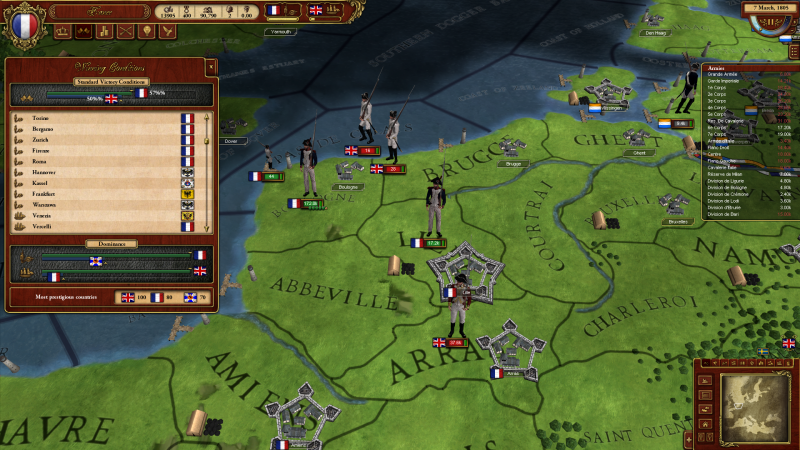 Within the military part of the game, players will be able to recruit different classes of land and sea units. You will also be able to customize and organize the makeup of your fleets and armies through the use of the combat order system. This allows you to handpick leaders as well as place them in command of different sections of an army. Units can be placed in each section of an army, providing you with the ability to strengthen them according to preference.

Typical of Paradox grand strategy, combat is defined by different variables that are outside the players control such as terrain, weather, and battle tactics. All you can really do is organize your military with the best combination with adequate leadership and supplies and leave it up to the fates of the Clausewitz engine.

In addition, players will need to use diplomacy to improve relations by providing financial subsidies as well as form coalitions with other nations in order to effectively fight wars. Instead of a technology tree, the game features an idea system where players use idea points to choose different improvements to economics, military doctrine, as well as embracing types of technology in order to enhance your overall national power, which could mean victory or defeat.

Another new feature of importance is the victory system, which is broken down between land and naval objectives; this new system allows players to assert their dominance on the ground and the high seas, which would ultimately lead to supremacy in Europe. By controlling each objective, players would gradually gain superiority points, which would eventually allow you be dominant in both geographical domains. 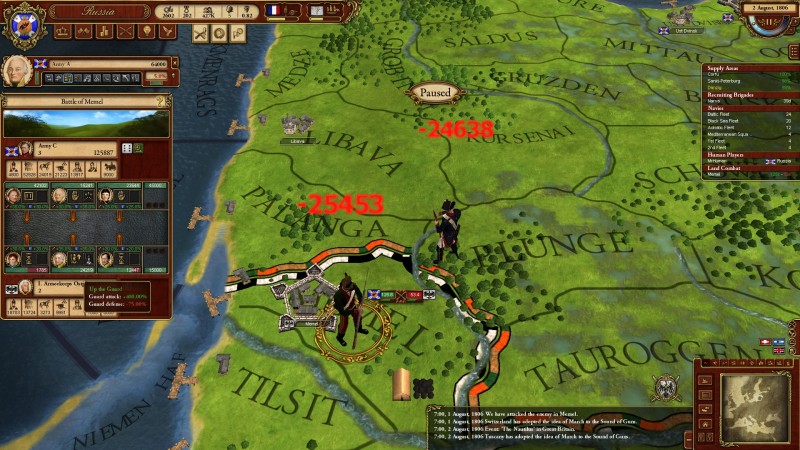 It goes without saying that we look forward to spending countless hours in conquering Europe in the footsteps of Napoleon Bonaparte or as another great power in March of the Eagles.