After every major Dynasty Warriors release an expansion called Xtreme Legends follows a few months later. Dynasty Warriors 8 is no exception to this rule, but in addition to the standalone expansion being offered for the PS3, a complete edition including the main game as well as the additional content is available for the PS4 and PS Vita. I am reviewing the PS3 version, so the only thing I can’t comment on is if the game is prettier on the PS4 or not… it probably is. 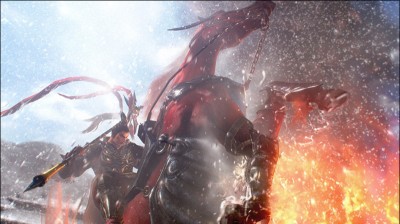 He’s the star of the show!

I’m not going to bog down this review talking about the combat and mechanics of the game. Xtreme Legends doesn’t change its gameplay style from DW8, so I will primarily focus on the new features that come with the expansion. If you are interested in overall mechanics you can refer to my DW8 review.

Let’s talk about Lu Bu instead. You know him, you love him and now you can play his very own story. He is the main attraction in Xtreme Legends and while his story is shorter than the other kingdoms’ it is cool to see what actually happened to the mightiest warrior in the land. In addition to his historical story, he also has a hypothetical route. The other kingdoms haven’t been left out though. Each one has a few additional levels as well. 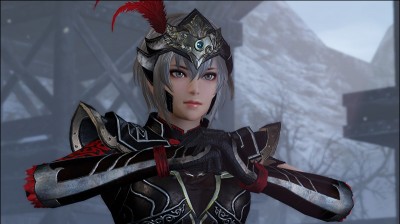 The other big addition to Xtreme Legends is the expanded Ambition Mode. In DW8 you were tasked with building a respectable village that was fit for the emperor to visit. Now that you’ve done so, another village has popped up with a false emperor and you have to pacify China region by region until you uproot the imposter. This mode is similar to the Empires expansions, and what it boils down to is picking an area and attacking it until it is under your control. The only downside is that you have to finish the original Ambition mode first, so some might not even realize this new content exists.

What would a Dynasty Warriors expansion be without new faces? Five new characters are playable in Xtreme Legends which brings the roster up to 82. Thankfully, they are all unique and there are no clones to be found. For example, Chen Gong uses a scroll that summons ghostly soldiers to do his bidding, and Lu Lingqi (Lu Bu’s daughter) brings Lu Bu’s cross halberds back from Dynasty Warriors 6.

Challenge mode also returns in Xtreme Legends. In these stages you are tasked with various objectives like killing a bunch of enemies or getting through a battlefield as fast as possible. There are online leaderboards for each stage, but players aren’t going to spend a whole lot of time here. 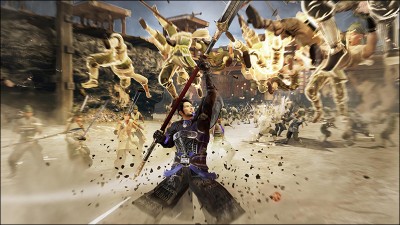 To top off the extremity of this game, there is a new difficulty level and a higher level cap. I found the Ultimate difficulty setting a little unnecessary because it basically requires players to grind to the highest level, which will probably take more time than most will want to put into the game.

There have also been a few other tweaks and additions. There are new, more powerful weapons that go along with the higher difficulty. Along with that, weapon fusion has been brought in from the Orochi series, so it is a little easier to build your dream weapon. Bodyguards can also be brought into Ambition Mode battles, and they have their own special skills that can be used such as attacking bases and finding items.

Before I conclude I would like to note that the English voice actors are back in this expansion. In a few of the previous expansions and spin-offs it seems like KOEI and Omega Force opted out of recording English lines and released them with only the Japanese voices and English subtitles. Thankfully the English voices are back in Xtreme Legends and they are as entertaining as ever.

There are a couple ways you can go about buying Xtreme Legends. This review is from the expansion for the PS3, but if you have a PS4 or a Vita you can get both games in one, aptly named Dynasty Warriors 8 Xtreme Legends Complete Edition. If you’re a fan of the series you’re going to want to pick one of these up. Xtreme Legends adds a good amount of content that will keep fans busy for a while, and the Complete Edition is a must have for those who missed out on DW8. In the end, the verdict here is the same with most Dynasty Warriors titles. If you’re a fan it’s absolutely worth buying, but if you’re not then don’t bother.